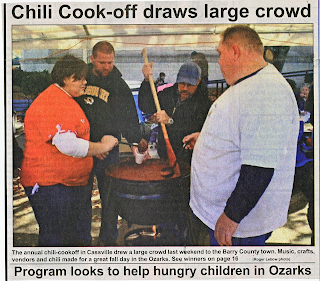 I know it's a stretch to connect the above photo to the garden, but this newspaper clipping is just too good not to share. I guess the connection is: peppers come from the garden; peppers go into chili seasoning; chili seasoning goes into the chili cook-0ff. There, that's the only connection I can think of for garden. But you have to admit, both captions make this 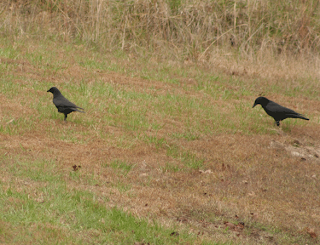 funnier than the newspaper probably intended. It is, indeed, a large crowd, but I don't see how it does anything to help hungry children.

We've had lots of crows in the orchard every day for the past couple of months. I really get a kick out of watching them. I start the day nearly every morning, soaking in the hot tub out on the deck. Being in the hot tub is a bit like being in a duck hunting blind because the birds don't recognize me as human nor a threat and basically don't even notice that I'm watching them.

Every morning one crow, which I dubbed the Advance Guard, flies to the power line above the orchard, near the old pear tree, and looks around. If ther 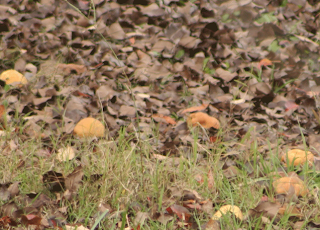 e's no danger about, he gives 4 short and one long caaaaw. Within seconds 3 or 4 more crows fly to the ground and hop over to the pear tree. There are still fallen pears beneath it and they like the pears as much as we do. They'll eat for awhile, sometimes calling in their friends, then Molly will give chase and they'll fly on to other pursuits.

Josh has been gathering pears and cooking them down into pearsauce, just like applesauce, since early September. He's canned quite a bit, frozen some, and has dried several bags of pear slices in the dehydrator. We've gladly 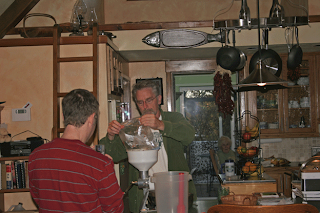 shared the pears with the crows. They're great clowns and I really like watching them. And over time I've come to recognize some of their different calls.

In very early morning, the crows leave their rook, their night roosting area. The crows that have the job of Advance Guard go in different directions, about a quarter to half mile apart, and report. If one gets distracted and doesn't answer the "report in" call, one of the others comes and checks on him, and gives him a tongue-lashing for being negligent. They have particular calls for when there's food; calls for just having landed somewhere to look around, and especially a different call when they spot an owl. From my vantage in the hot tub each morning, I have come to recognize and enjoy their many calls they use to communicate.

I found these great natural stone nail files that we're selling with our Nail Fungus Soak. It's the same kind of mineral stone t 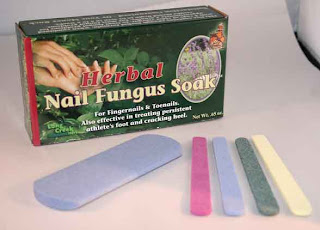 hat's used for sharpening knives. The files are 5 different grits, designated by color, from very fine to coarse, with one large one for smoothing calluses and heels. (The files aren't even on our website yet, you have to call). The great thing about the files is you can sterilize them. (The fastest way to spread nail fungus from one nail to the other, or one person to another, is by the use of trimmers and nail files that are already infected). Dunk them in rubbing alcohol once a week and you're safe. Natural stone files last for years! And, yes, my Herbal Nail Fungus Soak is all natural, made with herbs, and works. I guarantee it!

You probably already know I've been making and selling my formula Nail Fungus Soak for almost 18 years now and have lots of happy customers who've gotten rid of their cracking heel and nail fungus. Most anyone who digs in the soil or gets a nail injured, will get nail fungus. Oddly enough, some doctors still believe the only remedy is to kill and remove the nail. I certainly wouldn't want to go to a doctor who did that if I had a broken arm! Imagine, removing either one as a "cure." Nail Soak does a great job on athlete's foot a the various kinds of nail fungus. We sell through lots 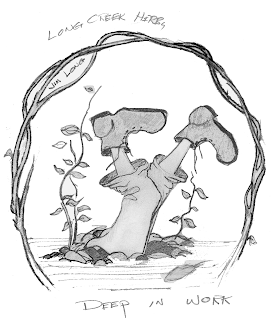 of chiropractors, podiatrists, pharmacies, some doctors, lots of natural foods stores and the amazing Amish Country Store in Branson. We also have a helpful Questions & Answers page, which includes comments from our customers and tips on dealing with nail problems.

Our good friend, George Hudson, drew this caricature of me and it pretty much describes the past several days. I hope your week is going well, and you've recovered from Thanksgiving.