Kale is a very healthful greens plant with lots of benefits. It has taken me a good while to actually like kale, but over time I've come to really enjoy this leafy plant. I've been experimenting with new ways to use kale, and my recipe for kale stuffing and kale and pear salad are listed below. We had both last night for supper and I have to admit, both were darned good!

Here's what I served for supper last evening. It's flounder baked with kale and cornbread stuffing. Next to that on the plate is a kale and pear salad.
Start with 1/2 cup chopped celery and 1/4 cup chopped onion. I added 1/8 cup of zucchini squash and sauted all of that in 2 tablespoons of olive oil. After about 7 minutes and while still cooking, I added 1 1/2 cups chopped, fresh kale and let that wilt. I added 2 cups of cornbread cubes, some poultry seasoning (sage and thyme) and simmered that until the cornbread cubes had absorbed the liquid. I piled it atop the founder and baked it for 15 minutes at 350 degrees F.

The kale salad was just as healthy and also quite easy. I used 2 cups of coarsely chopped kale (any variety, all kale is good). I added one fresh pear, cut in pieces, 1/4 cup seedless grapes cut in half, 2 tablespoons toasted sunflower seeds (or raw, both will work fine). The dressing was simply 3 tablespoons of yogurt - I had blackberry yogurt on hand, but any favorite yogurt works. The flavors were great, we had a healthy, filling meal and I'll make this again.

For Thanksgiving I'm going to add both chopped kale and zucchini squash to my stuffing. It cuts down on the carbohydrates, adds good flavor and gives a healthy boost to an otherwise bready stuffing. Click here to see my kale soup recipe (it's actually not mine, I learned it from Jim & Robbins Hail at Bear Creek Farm). It is outstanding and really easy, too. Here's kale to your good health.
Happy Thanksgiving!

Oh, and if you want the best pumpkin pie recipe, and our special seasoning, click here. Anne's Pumpkin Pie Seasoning is the best flavored seasoning we've ever found, and Anne gave us her very special pumpkin pie recipe - much better than that recipe on the side of the pumpkin pie can!
Posted by Jim Longs Garden at 10:45 AM No comments: 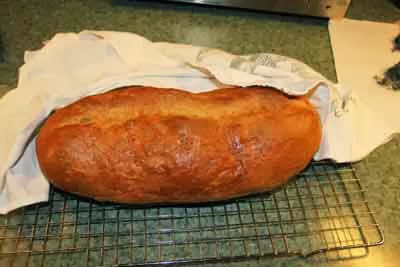