300 year old John Bartram, in the form of Kirk Ryan Brown, spoke to the Tulsa Herb Society this week. Less known than Carl Linnaeus, the notable plant botanist, Bartram, was responsible for enormous numbers of plant discoveries and plants entering general usage.
John (Kirk Brown) in the background, shown next to the statue of Carl Linnaeus in Tulsa. John never received the recognition that Linnaeus did, partly because Linnaeus was a self-promoter and a "hog for the headlines" according to Bartram. Carl Linnaeus, did eventually call Bartram "the greatest natural botanist in the world."
Bartram was sometimes called "the father of American botany" because of his extensive plant and seed collecting. Bartram started the first retail seed company in America and the company continued to thrive for several generations after him.

Bartram's contribution to American agriculture and gardening is enormous. While Carl Linneaus got publicity and naming rights to enormous numbers of plants, Bartram is almost forgotten today.

Bartram's Gardens survive to this day and you can visit them. Here's the link to details. 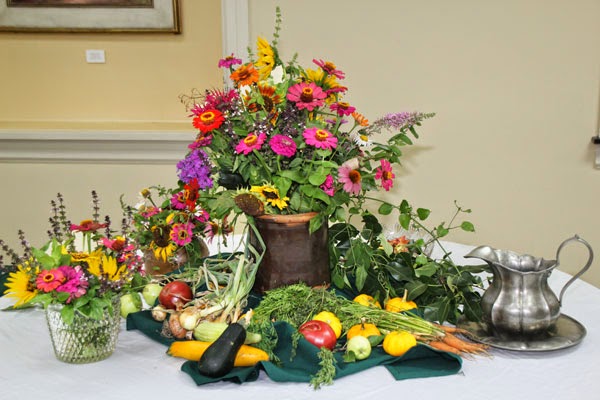