For many years I've been growing what was the World's Hottest Pepper, the Bhut Jolokia, or Ghost Pepper. In my book, Make Your Own Hot Sauce, I give some background of the pepper and offer a few recipes in using it in hot sauce. This year for the first time, I'm growing the current record holder for the world's hottest pepper, the Trinidad Moruga Scorpion. Later today I'll be making a batch of hot sauce with both of these peppers.
Depending on the source (I accept the New Mexico State University Chili Pepper Institute's measurements) the heat, measured in Schoville Heat Units, or SHU, can vary slightly. They rate the Ghost pepper at 330,000 to 1,023,310 SHUs. The new record holder, the Scorpion, weighs in at 1,500,000 to 2,000,000 SHUs. 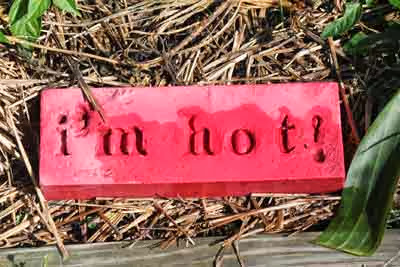 In other words, it's pretty darned hot! So you may wonder, why would anyone want peppers that hot? Well, for the guys (and it IS a guy thing) who crossed the ghost pepper with a Red Savina habanero pepper and came up with the Scorpion, it means bragging rights. It also means they can license seed companies to sell their seed, and make a profit. But beyond that, believe it or not, these intensely hot peppers, have flavor, as well. Flavors not necessarily found in other peppers. And you don't eat them raw, or you shouldn't because it can be dangerous. But if you mix them with other kinds of peppers and ingredients, you get the flavor and not as much of the heat. To give an idea of where this heat comes on the giant pepper heat scale, keep in mind the Scorpion comes in at between one million and half and two million heat units. For comparison, look at the Jalapeño and Cayenne listing, below. 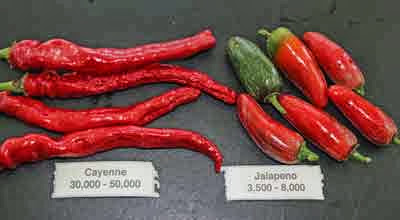 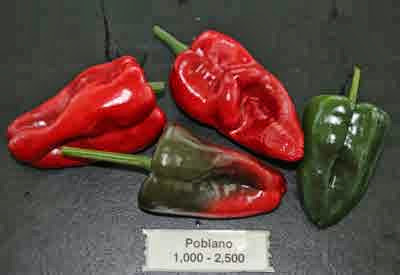 But if I combine some roasted Poblanos, a few Jalapeños, onions, garlic, vinegar, cilantro and a couple of Ghost peppers and a Scorpion, it will be a tasty hot sauce for just about anything I put it on. I'm getting ready to do a program on making hot sauce for the Ozarks Area Community Congress coming up next weekend and we'll have some tasting of my different sauces. This one I'll probably name, Two Ghosts and a Scorpion.