Good Food and Chickens, too!

Let's see, how do I tell you about this next chapter of Austin? I'll have to delete a letter or two to not offend anyone, so here goes, Chapter 2 (with one more to come after this - Festival Hill Gardens and Royer's famous Chicken place).

I planned 2 surprises for Josh in Austin, arrangements I'd made in advance. One was a tour of downtown, the Capitol grounds, ghosts in a hotel, and the Mexican bats seen from the Congress Ave. Bridge via a Segway. The other was, Chicken S#!t Bingo at the Little Longhorn Saloon. Lucinda insisted a trip to Austin without Chicken S#!t Bingo, was no trip at all. (And how does all this relate to my garden, you may wonder? Just wait, it will). 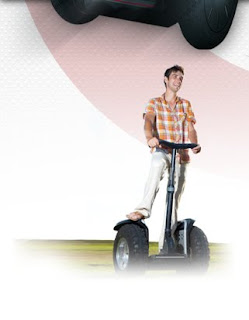 It was hotter than blue blazes (100 degrees F.) in Austin and I admit I was having second thoughts about spending 2 1/2 hours standing on a Segway. But I was determined and Josh was excited at the idea. We arrived just before at Segway Nation on Lavaca St., just a block from the Capitol building (which, by the way, is the biggest capitol building in the nation...gotta love those Texans, they have to have everything the biggest, and tallest). 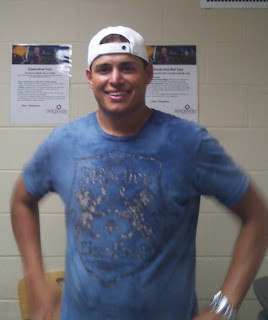 Chris Clary, General Manager, met us at the door and said there would be 8 or 9 in our group. As soon as the group was all assembled, Chris and his sidekick (Ryan, I believe), began giving everyone lessons on how to stand, move, turn and stop. About 5 minutes was long enough, then we had about 15 minutes of practice and made our first journey across a street to practice (driving?, weeling? Segwaying?) around the Capitol.

Then we were off, heading toward downtown via the sidewalks. At every stop light, Chris would halt the group, give some history of the spot and Ryan would block traffic when the light changed. We were like a flock of little ducklings, following our leader. I realize these guys do several of these tours a day with different groups, but they made it feel like it was the first time they'd done it, and seemed to enjoy it as much as we were. I highly recommend Segway Nation! It's the most fun I've had in years. 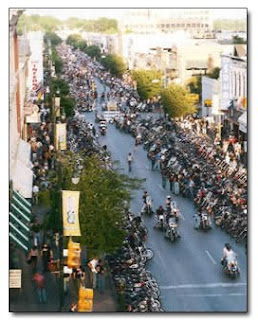 Sixth St. in Austin is the party street. It's lined with bars, restaurants and music venues. (Branson may want to be the music capitol of America, but Austin can prove it is). The sidewalks were crowded, the streets, as well. Lots of people park in lots many blocks away and take cabs or buses to spend the evening on 6th St. But we didn't hit a single pedestrian, nor did we ever have to get off the Segway. It was amazing how easy the Segway is to maneuver around people - and people who didn't know we were there because the Segway makes no noise, at all.


I quickly learned that a Segway is an amazing way to tour a city, visit a garden or go just about anywhere. Chris said the Segway can go up to 70 miles before it has to be recharged. It's balanced so you don't feel like you're always tipping over. In fact, it feels like the machine knows before you know what your mind wants it to do. (Walking, afterward, felt awkward and crude simply because riding the Segway felt like a vast improvement in feet and legs). We whizzed past restaurants, heard music, did a little obstacle course (that was great!) and made it in time to see the bats emerge, just at dark. There are an estimated one and a half million Mexican bats that live under the Congress St. Bridge, and they all emerge in one giant spiraling mass, delighting the lines of people already on the bridge, watching. So would I do the Segway again? In a heartbeat. If you go to Austin, it is absolutely the best way to see the city. That was Saturday night. 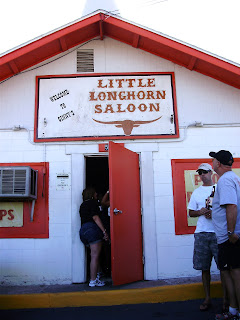 Sunday we drove over to Round Top, TX, and that story is in the next chapter, but first, Sunday afternoon and Chicken S*it Bingo at Ginny's Little Longhorn Saloon. Imagine a tiny Austin bar that's meant to hold about 50 people. Now fill it up with about 250 people. Then throw in a good band, and for toppers, put a table with a large chicken coop in the middle. And if you're thinking this is a drunken bunch of questionable people, it's not. It's families with kids, old folks, friends and neighbors, all gathered for the weekly Chicken Sh*t Bingo. And a lot of people just having weekend fun.

There was the band, whose name I've forgotten, but they were really good. Checking around the walls, I soon learned that a lot of well known bands and entertainers show up to play for Chicken Sh*t Bingo. Photos, autographs and band posters line the walls. This place is famous! 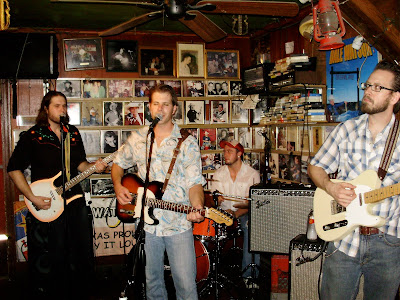 Lucinda danced, not with me, I have 3 left feet and no sense of rhythm. Her motto, "life is a fiesta" shows in her dancing. 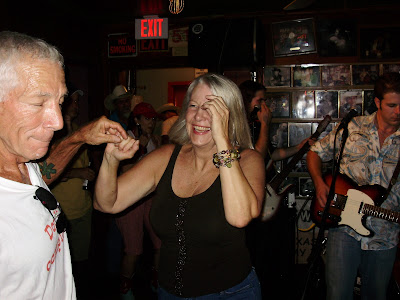 But the main attraction was getting in line to nab a ticket for Bingo and that was no easy matter. The line was long, the ticket seller was in no hurry and neither Josh, Lucinda nor me, got a ticket. The goal is to buy a ticket with a number on it. 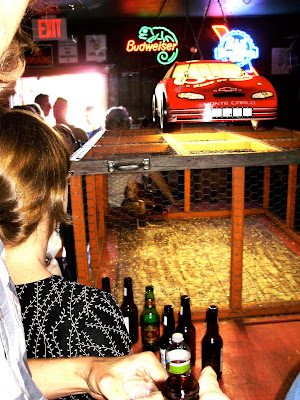 The number on your ticket corresponds to a square with a number on the floor of the chicken coop. 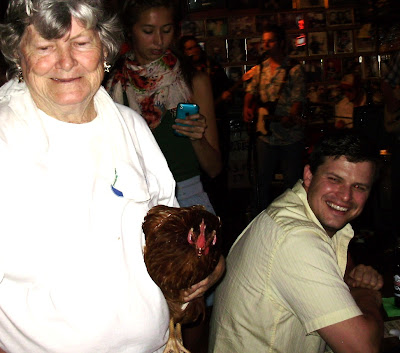 At the appointed hour, 4:00 p.m. I think, Ginny brings in the chicken. This is no ordinary chicken, this is a pet, a hen that has everything a hen could want. The lady could hardly get through the crowd because everyone was taking pictures of the chicken. 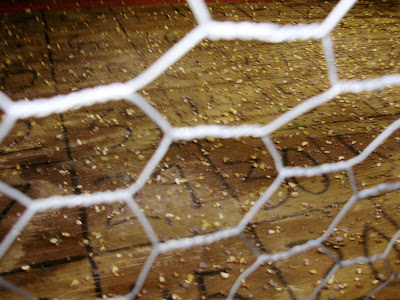 See the numbers in the blocks? And the floor of the cage is dusted with cracked corn. As I said, this is one well cared for hen. So the band plays, a few people dance, it's loud, hot and the music is excellent. Judges keep an eye on the hen and as soon as she poops, the crowd grows quiet while the number is determined, and announced. The winner takes home the purse from the sale of the tickets, usually about $250.


Our chickens, while certainly as well cared for as the hen at the Little Longhorn Saloon, can only wish for such fame and notoriety. They have to be satisfied with whiling away the afternoons in their own chicken pen. Our chickens play an important part in our garden. Their litter goes into the compost pile where it's processed into rich soil. The weedings from the beds, the vegetables that didn't get eaten, the left over bread or apples or fruit, all get added to the chicken yard where they happily gobble up every last morsel. (Their favorites are tomatoes and watermelon rinds). But happy chickens they are and it was fun to see how city chickens live in Austin. 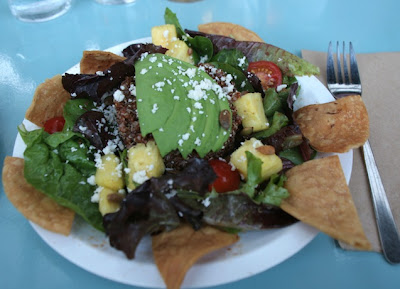 And our best meal in Austin? Without a question, it was shrimp tacos and sprouted quinoa (pronounced keen-wa) Latin salad at the Snack Bar, 1224 S. Congress, next door to the Austin Motel (sorry, I don't have a clue how the salad was made, wish I did). The Snack Bar looks like a 1950s diner inside, and there's (very) casual outdoor seating where you can watch the people go by and enjoy some outstanding food. We passed it by for the locally famous Magnolia Cafe the first 2 nights, then tried Snack Bar. It's as good and fun as Magnolia's. 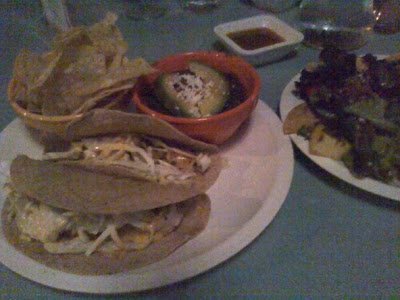 Wish I had been there. This sounded so wonderful and hilarious. You really know how to party. And the Segway, well, gotta try it I guess, but I think I'll wait until the weather cools.

Are you going back to go to GWA?

Sending love to you and Josh,

Thanks for visiting us! I am glad you had a great time. Come and check out our San Antonio location when you get a chance and we will hook you up for about half price. www.SegwayNationInc.com should be San Antonio ready in about a week. Thanks again