Cabbages for as Far as the Eyes Can See 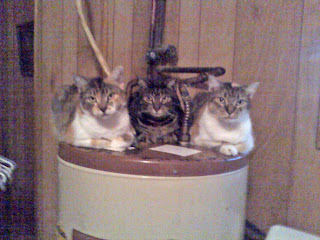 It's supposed to be warm in Florida. Two days ago, in south FL, it was 90 degrees. Tonight, in Panama City, 40 degrees. I know, if you live in the cold, frigid north, that sounds warm. Not if you thought it would be warm down here. Even the local Floridians are complaining loudly that this is not Florida weather.

The past 3 nights we've stayed in motels that promised they had high speed internet. Each night it either didn't exist, or it would be on for 3 minutes then off for 5, not long enough to post to FaceBook or here. And so I've not been able to keep up with postings the past 2 days. 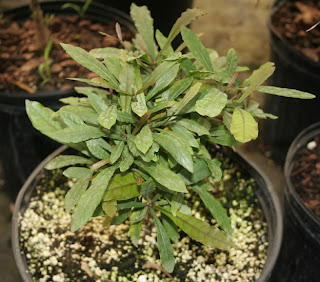 After a day at the best thrift shop in Florida, the Women's Center in Sarasota, we headed down to the town of Imokolee to the rare plant nursery I'd visited last January. We  picked up some black pepper plants, one variety from Thailand, a Piper nigrum, that's a bush pepper. The other variety, also a Piper nigrum, is from Guatamala and is the typical vine. Black pepper, if you aren't familiar with it, is a modest vine that grows up the trunks of trees. The berries grow in clusters along a stem and are harvested when ripe. Pepper berries become peppercorns when they're dried. And since pepper plants quit blooming and producing when the temperature drops below 40 degrees, I just went to the car and brought the pepper plants inside for the night. 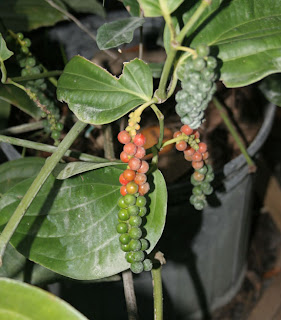 We also picked up a miracle fruit plant, something I've been wanting to get for quite awhile (and which I wrote about here last January). The fruit is amazing in that it switches your taste buds from sweet to sour, or the reverse. If you eat a lemon, then taste miracle fruit and it's so sweet you can hardly stand it. Or, eat a bit of sugar, then eat a miracle fruit berry and it's incredibly sour. And it happens instantaneously. 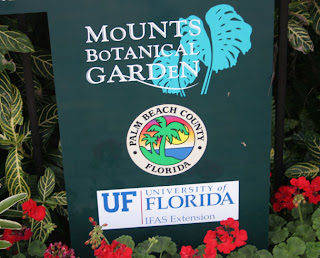 We stopped at the Seminole Casino in Imokolee for about an hour, eating dinner and gambling away ten dollars. From there we drove up to West Palm Beach where I've given lectures before at the West Palm Herb Society festivals. The Mounts Botanical Garden is an admirable collection of rare fruits and herbs, along with a good sampling of Florida native trees and shrubs. It's part of the Univ. of FL University Extension system. 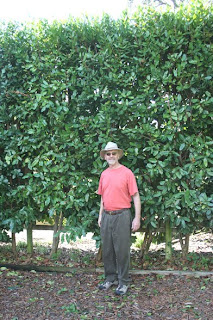 One of the things I found interesting at the botanical garden is the hedge that surrounds the herb garden. Can you guess what it is? I walked past it 3 times before I noticed what the plants are. Imagine, if you will, a hedge 16 ft. tall, of allspice! You may recall the photo in a posting here a couple of months ago, of the 1 gallon allspice plants I have on our sun porch. Well, this is what fully mature allspice trees look like, trimmed into a hedge. Allspice berries come from this, the same spice you likely have in your spice cabinet. And the leaves are used in cooking, as well. 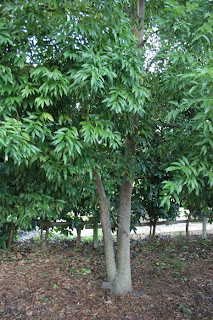 I took this photo of a mature cinnamon tree, as well. In places like Sri Lanka and India, where a lot of cinnamon is grown, it's trimmed back each year. When the new, sturdy sprouts grow back and are big enough, the bark is split and peeled off and dried, and that's the source of stick cinnamon. My cinnamon plants are still about 12 inches tall so I won't be harvesting my own cinnamon any time soon.

And if you wonder where your cabbage comes from (besides the grocery store) there are hundreds of acres of cabbage in this part of the state. It's cabbage harvest time now, and we've seen lots of trucks loaded to the top and over, with fresh-cut cabbages. We even had to dodge a huge head of cabbage in the middle of the intersection! 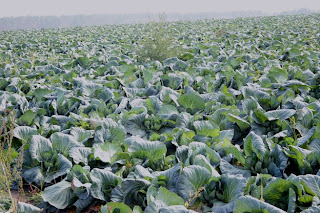 I live in michigan, that still sounds warm to me.....just found your blog, love it, consider me a follower now;)