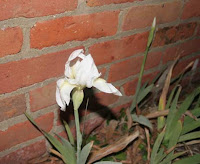 It was hard to believe, but there it was. Not one, but TWO iris blooming, with five more buds coming along, yesterday, January 15! They were next to one of the houses in the Territorial Restoration in Little Rock, which next to the Arkansas Historical Museum where I was attending Crescent Dragonwagon's Fearless Writing workshop all week. The iris, a fall blooming variety most likely, seemed oblivious to the 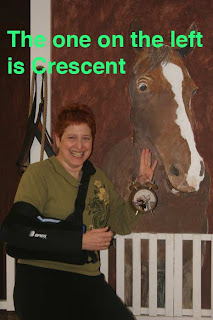 partly freezing temperatures. When I left L.R. today there was spitting snow and it was well below freezing, so I'm not sure if the iris survived past today.

There were 12 in our writing group and it was fun to share some time with Crescent. She's always inspiring and full of fun. She asked about the farm, the gardens here, friends we have in common. She and her late husband, Ned, used to bring their Gardener's Weekend groups here for part of the Dairy Hollow House Bed and Breakfast special events.

While in Little Rock I visited the Clinton Presidential 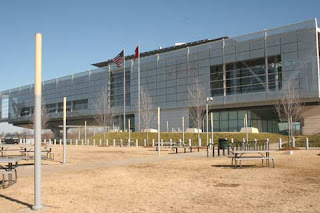 Library. I haven't been there since the day it was dedicated, several Januarys ago. That day, Billy Joe Tatum, her daughter, Josh and I, sat, along with a few thousand others, watching the ceremonies. It was the only time I have seen all of the living Presidents together in person. It was bitterly cold that day, and pouring rain so hard that water was running into our shoes. We were covered with garbage bags over raincoats, all the area hotels were sending truckloads of towels which they were passing out through the crowd. They evidently didn't expect rain, because even the past presidents who spoke, got soaked, as well. It was a miserable, 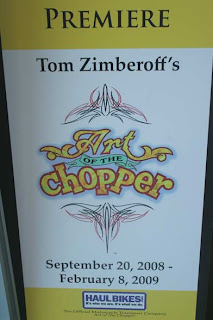 wet day and much better this time.

Being at the Library was interesting for me on many levels. First, I didn't realize they invite art exhibits to the Library, but it's a way of bringing in people who might not otherwise visit. This particular month they have an impressive display of artfully done choppers (motorcycles for you non-gear-heads). I took several photos of the ones that were especially interesting.

But it was the display of the Presidential car and things surrounding that which interested me. It brought back great memories of 1993, when Crescent Dragonwagon invited me to Washington, DC to help with an Inaugural Brunch for the Clintons. (Dairy Hollow House B & B 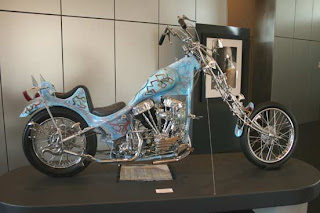 was a favorite restaurant and private getaway for the Clintons while Bill was Governor). So I was in Washington that week for all the festivities and watched that very car, first with them in it in the parade, then as it went ahead of them after they got out and walked the parade 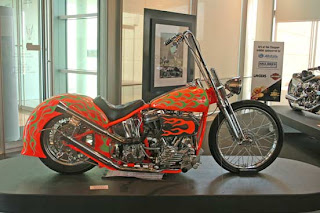 route, waving. I snapped a photo of the crowd at the Library to see if I can find myself there in the crowd along the parade route. 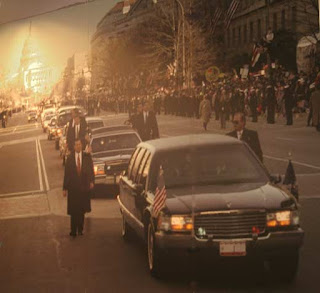 There is a display of the Clinton campaign buttons there, as well. Ironic, isn't it, in the middle of the display is one that says, "Bye George" back when people were so glad to see George the First leave. Now, here we are 16 years later and we are even happier to say goodbye to another George Bush! 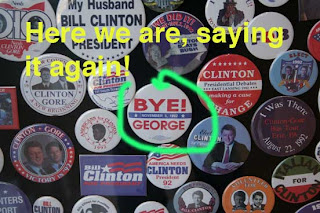 Because this blog is about my garden, and the gardens I visit, I asked if it would be possible to see the private garden on the top floor of the Clinton Library. I was told, "No, that's the garden of the private residence when the Clintons visit." Ok, that's cool. I took some photos of their "yard" out front, but it's rather unimpressive, being winter and all, and just grass anyway.

I also called P.Allen Smith to ask if I could stop by and take a photo of his garden for the blog. Funny, he gives the same answer I do when people ask to stop by my garden in winter, "It's not a good time to see the garden right now," he politely said. Well he did tell me to stop by whenever I'm in Little Rock when he was here filming a segment for his show, "P.Allen Smith Gardens." I was hopoing to take a photo of the work in progress fountain that his two Jack Russell Terriers had torn up this fall. (Our Molly would not do something like that!)

So it was a lot of writing and not much gardening on this trip. Three and a half hours home from Little Rock today, unpack, launder, repack tonight and leave for Urbana, Illinois tomorrow for an herb conference at the University of Illinois, 6 hours to the north-east. I've spoken there several times, but this year I'm just having a booth and "being." Lucinda Hutson is the main speaker. I always look forward to seeing her as she has creative and slightly off-center ideas about herbs and cooking. She's been obsessing over Illinois weather; living in Austin, Texas, where it's never this cold, she thinks she's heading up to the North Pole. 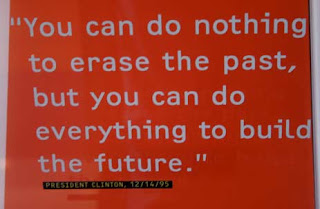 Back soon!
Posted by Jim Longs Garden at 9:20 PM