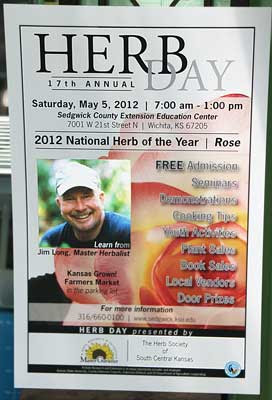 The kind folks at the Wichita Herb Society have been inviting me to come to their annual Herb Day for several years. Each time I already had a speaking commitment for the first weekend in May. Last  year they asked me a full year in advance. It has been more than 10 years since I last gave programs in Wichita and back then, the event had been held at Botanica, the city botanical garden. 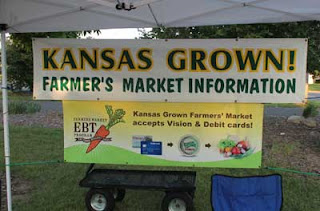 Herb Day is a joint project of the Master Gardeners of Sedgewick County and the Wichita Herb Society. It was held at the remarkable County Extension facility which has educational rooms, a conference hall, outdoor gardens and a large farmer's market. The farmers market was stretched around 3 sides of the building in the parking lots. I was envious of the facility - if only our own counties in Missouri had something half that good.
Inside the building were the herb vendors with all sorts of things pertaining to the herb garden, everything from herbal foods to garden pots, handmade garden furniture, soaps, roses and lots more. 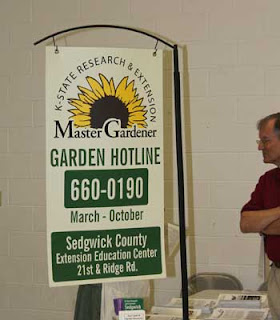 The Master Gardeners have a hotline you can call and get gardening information and advice. What a great idea! This is especially helpful for new gardeners who are just learning how to grow vegetables and herbs.

As a side note about Sedgewick County, Josh mentioned that the county was named for a relative of his, Major General John Sedgewick, of the Union Army, in 1867. The Sedgewick relative who hails from "back East" was a surveyor and like many surveyors in laying out counties in new states, named a county after himself. My grandfather's great uncle, Oscar Green Harper, was also a surveyor and named Harper County, Oklahoma for himself. My grandfather, James Edward Harper, was 18 and accompanied his uncle Oscar as his assistant. Oklahoma became a state in 1907. Kansas became a state in 1861. In 1878, among the homesteaders arriving in the new state were my great-grandparents' Long. My grandfather Long was born in a sod house that year, just a county or two over from Sedgewick. But back to the Herb Day event in Wichita.
We had a booth indoors, offering my books and our Herbal Nail Fungus Soak. Organizers said there were about 2,000 people who came through the hall that day.
Since Wichita is solidly on the prairie, it was good to see people selling native prairie plants, too.
I gave two programs, two times. On Friday night I gave How to Eat a Rose and Growing and Using the Ten Most Popular Herbs, for the Herb Day volunteers who would be working on Saturday and not be able to see the presentations. Then on Saturday I gave those two programs again, for the public. All were well attended and we all had fun. (For a listing of all my programs, fees, etc. here's the link. There's also a downloadable pdf you can print off on your computer from my website that lists all of the 2 dozen or so programs I'm offering this year and their descriptions). 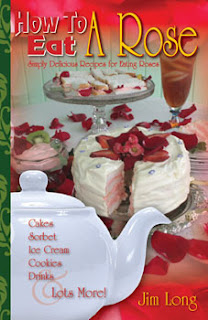 It was a fun day in Wichita. We got home late Saturday evening and by Sunday afternoon, I was at the Baker Creek Festival near Mansfield, MO at the new old town of Bakerville. Details of that coming next.
Posted by Jim Longs Garden at 4:52 PM